You are here: Home / Blog / What has happened to light?

This article was first published in the Heckington Life magazine, written by Anna Levin, author of Incandescent – We Need to Talk about Light
(Blogs are written by LightAware supporters in a personal capacity)

This is my favourite time of year and my favourite time of day: an early summer’s evening. I walk by the river feeling a sense of space as if the long light stretches time. Dusk is falling gently, almost imperceptibly: a note of cool in the warm air, the flicker of a bat and a glimpse of a fox. Then a couple of cyclists approach along the riverside path and the profound peace is shattered by intense jolts of shuddering light that come searing through the space between us. 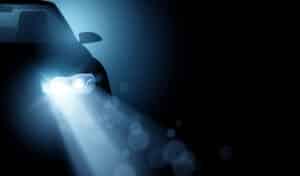 I flinch as they pass, shielding my eyes with my hand. They’re chatting to each other, oblivious, a cheery couple enjoying a beautiful evening cycle. I feel like they’ve punched me in the stomach and screamed in my face. I turn for home along a short stretch of road and an SUV comes powering towards me, led by lines of piercing white lights, like lasers, like bullets. I shield my face again. As I reach home the streetlights click on, hard and blue-tinged, bathing the familiar street in something that feels like sadness.

What has happened to light? Bike lights, car lights, street lights – all these things that used to serve a simple purpose now seem locked in an arms race for illumination, ever brighter and ever harsher. I’m particularly sensitive to light, but I’m not the only one who flinches. Others also feel shaken and turn away from the pulsing bike lights. Many people, especially older drivers, don’t drive after dark anymore as they’re blinded by the dazzle of approaching headlights. Some people get headaches and nausea when exposed to these over-bright lights. And the new streetlights are keeping people – and songbirds – awake throughout the country and throughout the world.

What’s happened is that artificial light has changed fundamentally, with an exponential rise in quantity over the last century and an abrupt change in quality over the past decades. We are only just beginning to understand the extent of these changes and the significance for our lives and for the rest of the living world.

Traditional incandescent light sources have been banned through a progressive phase out over the last 20 years, beginning with the popular 60-watt light bulb and continuing last year with a ban on halogen bulbs and spotlights. They were replaced by new forms of lighting, first the curly CFL (compact fluorescent light) bulbs, then by LED (Light Emitting Diodes), soon to be the only light source available for most uses.

These changes were intended to help reduce energy consumption, and so carbon emissions, by enforcing only ‘energy-efficient’ lighting. However, light is an exceptionally complex and multi-faceted phenomenon. Whatever you measure, you don’t get the whole story. The decisions were based on a measurement of ‘lumens per watt’ – the energy required to make a certain amount of light. They didn’t take into account the energy involved in light source production, transport or disposal, or how that energy itself was produced, or the impact of the actual light on human health and the environment. The urgency to tackle climate change meant that the legislation and the products were rushed out before these issues had been properly addressed. 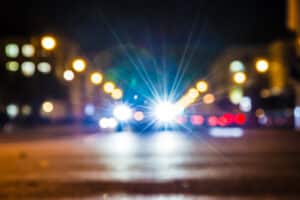 For example, many towns and cities converted to LED streetlights that were far too bright and had too much blue light for the residents to sleep. The blue part of the light spectrum has a particularly powerful impact on setting the body clock. The technology is fast developing and LED lights are now available in warmer colours, but most of those already installed are left standing and lighting the night. And blue light is only one of the problems with LED lighting. Flicker is a big issue, which is now being addressed by legislation but, again, the existing flickering lights get to stay. LED light can also be very intense as it is not distributed evenly, so the centre of the beam of light is particularly bright and it stays bright over a long distance.

Many of these issues affect human health. The charity LightAware hears from people all over the world suffering pain and ill health when exposed to LED lighting, with symptoms including dizziness, eye pain, headaches, migraines and fits. Some are so badly affected that they have become ‘light disabled’ and excluded from society, as they are unable to access places of employment, healthcare, worship and recreation because of the lighting.

Ironically, technology that was meant to help solve one environmental problem has contributed to another: light pollution. The perception that new lighting is cheap and ‘eco-friendly’ has led to more and more light being installed and the world has got much brighter at night. Because light is ‘time’ in the natural world, this affects every aspect of life. Ecologists say that light pollution is as significant as climate change in the disruption of the natural world.

It’s time to think again about day and night, dark and light, wrong and right. How much light do we really need, and which is the best technology for that purpose? We need to realise not just the vital role of darkness at night but the beauty and importance of the in between times of dawn and dusk.

This article was first published in the … END_OF_DOCUMENT_TOKEN_TO_BE_REPLACED